What You Need to Know About Investing in Climate Change Stocks 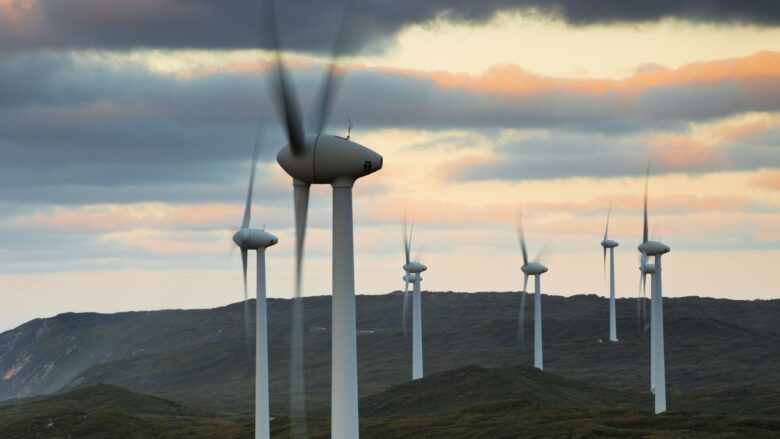 The international political and business community has heard the demand for increased awareness of the climate problem on a global scale. Hence, Omura Wealth Advisers have gathered the following as a guide that will show you how to gain exposure to climate change equities that actually have an effect on the environment.

As increasing attention is paid to the fight against climate change, investors are realigning their investment portfolio management to focus on businesses that are either directly involved in the production of green energy or that are consumers of this clean power.

Climate change stocks are shares in firms that are actively working to reduce their negative impact on the environment. They encourage the use of clean energy and work to reduce reliance on gases that contribute to climate change.

You may have seen climate change in action in various forms and degrees all around the world, such as rising sea levels in one region of the globe and droughts in another. As a direct consequence of this, there has been a worldwide campaign, led by governments and institutions alike, to raise awareness about the current status of global warming and the level of carbon emission.

As a result of this, a number of new marketplaces have emerged to address the problem of the climate disaster. You may locate businesses that are committed to combating climate change by developing environmentally friendly technologies such as electric vehicles, solar power, and renewable sources of energy. Although they share a similar name, these two economies couldn’t be more different from one another.

What you should Know about the renewable energy sector

Green energy, also known as clean energy and environmentally friendly power, is power that does not pollute the environment and is more sustainable than other forms of energy. The terms “clean energy” and “renewable energy” are often used interchangeably, however there are important distinctions between the two.

Nuclear power is another type of sustainable energy that does not release any carbon dioxide into the atmosphere and helps cut down on air pollution. Although it is considered to be a clean source of energy, nuclear is not a renewable resource because it derives its power from uranium. It is produced through a process called fission, which involves splitting the atoms of uranium in order to produce energy.

Despite the fact that there have been supply chain limitations, high shipping costs, and price increases for critical commodities as a result of the Covid-19 epidemic, the green energy industry has shown to be robust. Instead, the sector has witnessed some technological advancements and an increase in the level of competition among firms that provide battery storage products. As a part of their efforts to promote environmental sustainability, governments have also enacted laws that require an increase in the usage of clean energy.

The following is a distinction between stocks of renewable energy firms and corporations that have green initiatives:

The term “renewable energy” refers to various forms of electricity that are less harmful to the environment and might eventually serve as a replacement for the commonly used natural gases that represent a risk to our climate. These energy solutions may be harvested from natural resources such as the sun, wind, or water, which means they are more sustainable. Examples of such resources are the wind and the water. Stocks such as this might be a profitable option to add to your investment portfolio. It is not only aimed at your profits but also for the benefit of our environment.

Initiatives that benefit the environment

The use of energy sources that have no emissions and a minimal impact on the environment is an essential component of green projects. There is an element of eco-consciousness incorporated in the business activities of green firms, despite the fact that green companies may still be involved in industry that generates pollution on modest sizes.

There is a significant financial incentive for businesses to respond positively to the push for clean energy. If a company operates in a manner that is kind to the environment, for instance, the government is more likely to provide financial assistance in the form of tax credits, incentives, and larger investments.

Therefore, in order to take advantage of the enormous state subsidies that are available to them, an increasing number of businesses have eliminated the use of fossil fuels like coal in their manufacturing processes and replaced them with procedures that are significantly less damaging to the environment. Traders and investors now have the possibility to gain exposure for their investment portfolios to companies who are developing solutions to climate change.

Why do individuals want to put their money into companies that deal with climate change?

People invest in companies that deal with climate change for a variety of reasons, some of which are as follows:

For more information and guidance on how to have exposures in your investment portfolio to profitable green energies stocks you should book a free consultation with u at omura.com.au today.